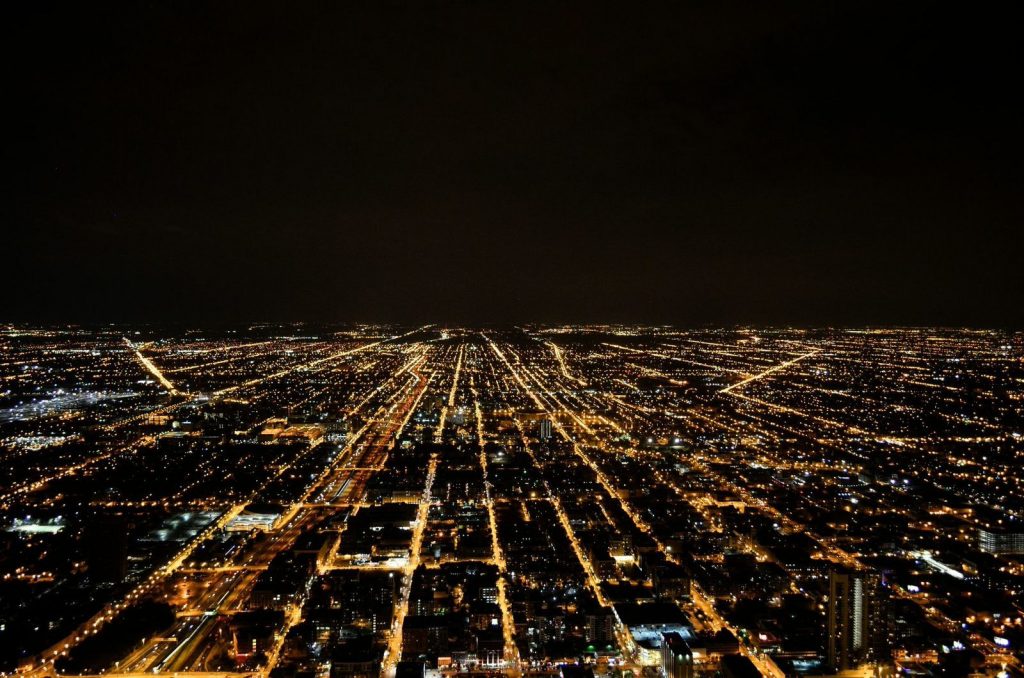 The title may sound a bit clunky, but please indulge me for a second. Amongst this period of rapid change to the electricity sector as it grapples with the shifts to renewable energy and electrification of transport (and the political and economic instability that goes with it) there is a second elephant in the room – the tech innovators and entrepreneurs, and our role in this change.

There is now a whole emergent industry who are actively redefining the experience for consumers, utilities, regulators and grid operators. To those of us who have spent over a decade in the tech and electricity sectors, this speed seems normal. To those who haven’t, this must be nothing short of terrifying. Still, it does explain some for the reluctance of the industry to embrace this new horizon.

To tackle this head on, I’ve decided to put my thoughts and predictions to good use; to paint a picture of what innovations and changes we need to see coming, and need to address. I want this to be a thought provoking series, one that discusses and interrogates the key issues and major technological breakthroughs that will dramatically shift the design, operation and participation across our electricity system in the next five years. Intertwined in this, I will talk about the overarching theme in the collision of the tech industry and entrepreneurialism – a culture of risk taking and rapid innovation – intersecting with a conservative, engineering, and safety driven industry. It’s not always a match made in heaven but it’s the interesting end of our complex and future critical industry transition.

What can I bring to this debate? Having founded and been the CEO of GreenSync – a leading software and automation company in distributed energy – through the last nine years, after having spent the previous 15 years in running startups, and cutting my teeth in aerospace high tech, AI, high-performance inferential decision systems, cryptography, smart buildings, and financial trading exchanges, I’m no stranger to innovation. Today I work with global electricity industry players to navigate new pathways to where technologies will orchestrate a vast part of our electricity infrastructure in years to come.

So that’s why this might be worth a read. Enough of the intros, let’s get into it…

I look today at the electricity industry and in many ways it reminds me of the late nineties when I moved to London in the midst of the DotCom boom. At that point in time, most applications of high-end distributed computing were confined to either mainframes or academic research institutions. The costs of setting up a new application were massive – a data centre, servers, secure networks, not to mention the significant cost of client/server software infrastructure that would be custom built for every new application. There were no platforms that could deliver the scale and efficiencies we have today – no data centre providers, no cloud infrastructure providers, no application servers, no 3rd party application service providers for testing, monitoring and managing faults and redundancies on our operational applications.

This was a time when the barriers to entry were high. Without a large cheque book, a huge amount of know-how, and resources, there was little opportunity for someone with a bright idea to bring it to market and to make an impact against large mainstream incumbents.

The electricity industry today has many of these same barriers for new innovators. In many ways it also has the same inertia that creates resistance for most forms of innovation – let alone disruption. In some regards, this is for good reason. Safety and security are the two big issues that deserve considerable attention, and make us realise that critical infrastructure isn’t the same as the e-commerce world – but that doesn’t mean that we can’t solve for some challenges, as has been done in other sectors such as telco since the nineties.

The big game-changer that enables an almost endless potential for innovation today is shared platforms. Platforms enable newcomers to build on those before them. New solutions can be more focused on business problems, whilst the foundation platforms on which they are built look after the reusable, more mundane operational “plumbing” tasks.

There are four styles of platforms found today. The most successful and prominent is the operating system; MS-DOS, Windows, linux, iOS, Android, and others.

The next would be the thousands of open source systems, from application servers, libraries, monitoring tools, all of which improve the more they are used.

Thirdly there are online SaaS web services – from advertising to finance, e-commerce, and operational monitoring – that can be readily combined together to build full production systems in a fraction of the time and cost than it took ten years earlier.

And finally there are marketplaces, such as Amazon and the ASX, that enable new business value and take transaction fees for providing the market capabilities and services.

These days, nearly every new application on the market uses – and likely overuses – the word platform. The most memorable description once given to me was the following from Bill Gates;

“A platform is when the economic value of everybody that uses it, exceeds the value of the company that creates it. Then it’s a platform.”

That means for every dollar the platform operator earns, there should be several dollars (depending on valuation multiples) earnt by others. MS-DOS, Android, and linux are great examples where this is the case.

Interestingly when we apply this definition to the likes of Facebook and Twitter – who are successful at extracting revenue from user data and creating companies worth over $100 billion – it would be a tough argument to show that they are generating new revenues and value streams for data owners and users of this same magnitude.

Not surprisingly, if you were to take a look around the energy sector, it’d be pretty hard to spot many instances where any form of these platform technologies – ones with strong forms of re-use – have been adopted at any meaningful scale.

Considering the slow and conservative nature of the utility industry – one facing an existential crisis of innovation in order to deal with the new business models – where do platforms have a place, and have a place at scale?

Strangely, I’d say that the strongest hint emanates from the people and culture within utilities. Today, they are dominated by electrical and power systems engineering, with 10+ year procurement cycles for critical IT infrastructure, rather than the fast-moving culture of tech entrepreneurs. This means the operating system style platform is likely a step beyond the industry’s capabilities to move forwards at any great speed.

The same is largely true for the open source platform model in my opinion, given that most significant open source platforms typically emerge as rivals to large, expensive commercial products and are often donated by commercial organisations – whether this be skills or financial. Not to mention, that open source platforms would require the industry to employ a huge number of code literate nerds who like to program in their spare time – again, not a strength of the utility sector. Practically, open source may come, but it does seem we need to have the first wave of platforms being adopted before open source will attempt to do it more openly and cost effectively.

So that leaves two types of platforms that remain as viable candidates for the energy sector today. Platforms that could encourage strong re-use and enable ecosystems of applications to build on successive levels of platform abstraction. In other words, platform models that create a foundation, whereby other can build upon them, adding successive layers of functionality and value as they go. These are online services and marketplaces.

If you start to imagine what electricity grids of the future need to form a software backbone, you would think that having a large array of competitive interoperating online services, as well as having central hubs and marketplaces in which to connect these services, seems plausible. And most importantly, this architecture lends itself to invite some of the best minds in the tech industry to work alongside the tech industry in order to implement this quickly, in response to the massive industry change that’s required.

So, what do we need to make this happen? For a start, the energy industry would need to develop strong interoperability standards (APIs) for data exchange. It would need to ensure sufficient vendors participate from all parts of the market – too much concentration around a few vendors would suffocate competition, whilst too much diversity without appropriate standards would be hard to administer and impact quality.

And given that this would become critical infrastructure, it would of course need cybersecurity and data privacy standards.

Really what I’m describing here is a platform as an ecosystem (for the electricity sector). Markets act as integration hubs, closely integrated with our critical electrical infrastructure and enable other online services to be connected and integrated. Money and information flow through the ecosystem as new grid services come online creating a smart, market architecture.

Above all, the key to success for platforms in the energy industry – and specifically for distributed energy – is to have an expansive vision to deploy extensible, reusable platforms for others to build upon. We believe it will likely take the next 3-5 years before the energy sector will have anything that resembles what we see today in telcos or e-commerce, but, quite frankly, not much else will happen in the meantime without it.