We believe that the future of our planet depends on people who are passionate, inquisitive, tenacious and pragmatic. The teams at GreenSync are just that, and more.

In this series, we introduce you to some of the people working behind the scenes towards realising our shared goal; to transform the existing energy grid into a sustainable model – enabled by clean, decentralised energy resources.

So, without further ado … 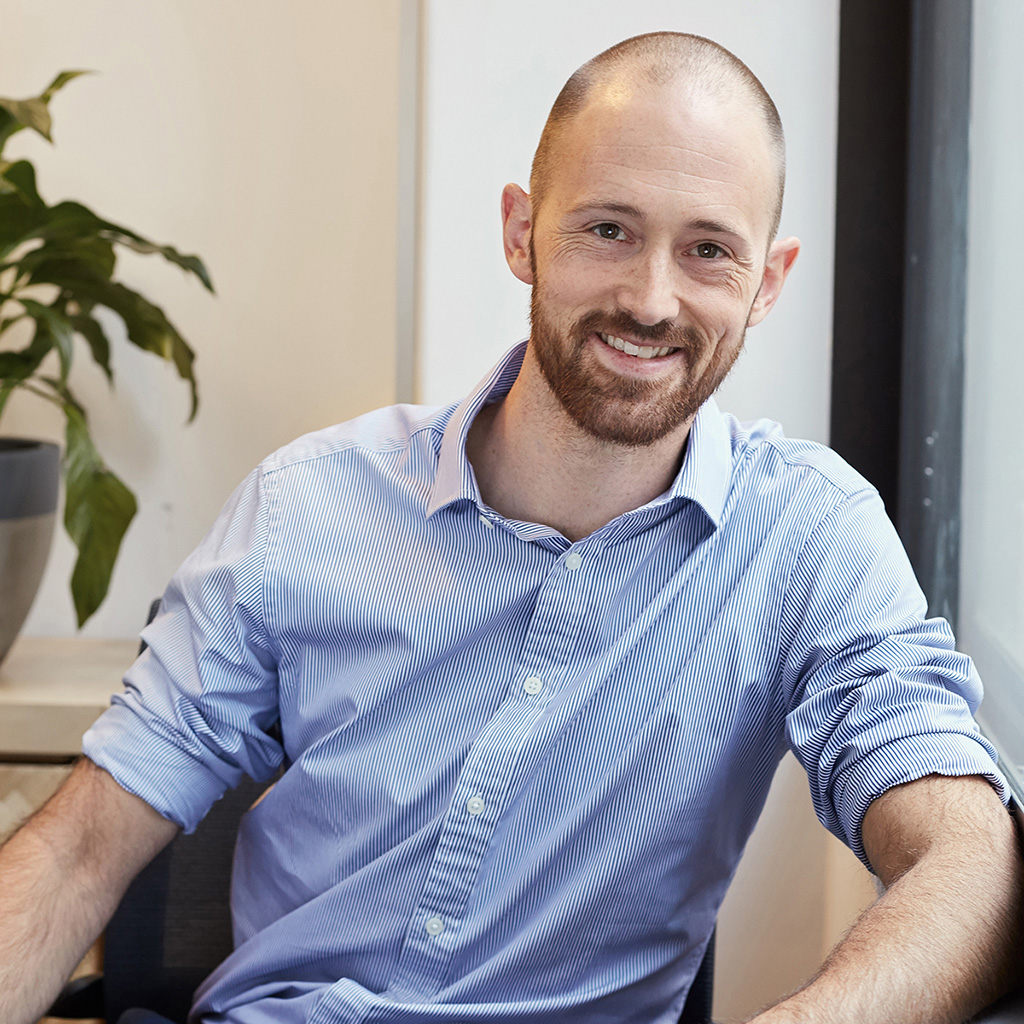 “Empathy is a huge part of my job. I reckon the key to doing what I do is to mobilise a group of people who are already busy, give them objectives and milestones, and help manage their and the customer’s expectations.”

What do you do at GreenSync?

Doug: “As Head of Delivery, broadly speaking, I am accountable for client relationships once conversations become detailed and I help transition them into programmed works or a contract. I then manage that relationship for the duration. Within GreenSync, my role is a bit like air traffic control, bringing the right person to the right project at the right time.

I recently moved to Europe to head up GreenSync’s European operations. I’m actually quite sad that I won’t be able to participate directly in as much HQ activity due to the time difference. On the flip side, it’s exciting to build out our team in Europe, continue to win projects and deliver them.”

Which skill do you draw on most in your day-to-day work?

Doug: “Empathy is a huge part of my job. I reckon the key to doing what I do is to mobilise a group of people who are already busy, give them objectives and milestones, and help manage their and the customer’s expectations.

Empathy can be practical too. I have a background in economics and project management, so I know what it’s like to be on the other side of the coin.

The best project managers manage human beings – not just budgets or deliverables; because ultimately the budget and the deliverables are consequences of your relationships with other people.”

What did you do before joining GreenSync?

Doug: “I’m a huge energy geek. I’ve worked in energy in various guises since I left university and I’ve had the genuine privilege to look at the industry from radically different perspectives.

I started at the UK government, in the Department of Energy and Climate Change, specifically looking at renewable energy policy; I was in the diplomatic service looking at energy as a global traded commodity from the Middle East; and I worked for a large European energy retailer and, as the CEO’s assistant, I was looking right across the business.

A period running my own off-grid business in Northern Mozambique taught me all about resilience, off-grid power, etc. When I first came to Australia, I worked in a series of energy strategy consulting roles that were helping to steer the transformation of the country’s energy system.

I was lucky enough to work on projects such as the successful investment case and delivery of Australia’s largest virtual power plant and the creation of a peer-to-peer power trading market model. In short, I love the industry and I’m very proud of what we do.”

Saving the world can be pretty stressful. What’s your go-to activity to destress?

Doug: “I am like the Energizer Bunny from the battery adverts: I like to run; and when I’m done running, I run some more. I got into it at university, having never really run before. I had all kinds of things going on and a friend said ‘let’s just go for a short run around the park and think about something else’. I think we did about 3k.

That has escalated massively and I now love ultra marathons, particularly in beautiful places. You’ll regularly find me running at 5:30 in the morning, training with a squad. Most weekends entail 40k plus. Hmm… maybe it’s got a little out of hand?!”

“I’m a huge energy geek.
I love the industry and I’m very proud of what we do.”

You speak five languages. How did that happen?

Doug: “My parents are engineers and we moved countries a lot when I was a child. Learning languages was just what I needed to do to enjoy sport in the playground and at break time!

Now I speak English and German at home; I speak Dutch, French and Portuguese; I can get by in Arabic and Spanish and I know bits and pieces of Scandinavian languages.  Plus a weird and wonderful dialect called Swiss German of course!

People are often surprised, but I think my early years actually had lots to do with it.  I read a book years ago, Third Culture Kids, which is about children who grow up in multi-language / multi-culture households and then learn more languages at school. The book brought into the public consciousness a huge amount of academic research in neuro-linguistics.

I’m no expert, but my takeaway was that if you start learning a second language before the age of two, your neural networks for language are actually established in a different way. You don’t perceive language in ‘buckets’ that require translating, but rather by association with situations or people. That made sense: for me switching in and out of different languages feels very natural.

If this was an alternative Universe, which job would you be doing?

Doug: “Something practical in the medical field. Once, while working in a very remote area in Mozambique, I had to apply my first aid skills in a very hands-on way. A colleague returned from the beach with his son who had been playing and stepped on a rusty nail. The metal had gone straight through the child’s foot.

The child was in serious pain, but I also knew that if we didn’t do something quickly in such a remote setting, there was a risk of tetanus or a serious infection. I have no surgery training but we successfully extracted the nail and stitched him up. Tough little kid! Seeing the difference you can make to a single individual’s life stayed with me.”

Which book would you recommend and why?

Doug: “I recently read a beautiful book of short stories, Sum: Forty Tales of the Afterlife, about 40 different ways that heaven could eventuate. Each story is literally only one or two pages and they are so creative and imaginative.

The author, David Eagleman, is a psychologist and the book is informed by his conversations with people and their perceptions of the world. It is one of the most beautiful, thought-provoking books …And it has nothing to do with energy!”

Doug: “She’s going to kill me for this, but my wife, Laura. In fact, she is going to think that this is the most obsequious thing you ever heard in an interview! She is the founder of a charity called Equal Playing Field that currently has four World Records for promoting the rights of women in sports.

She is also the founder of a company that makes women-specific football boots, because she believes there should be absolute equal rights and access in sports. She regularly speaks on radio and TV, and was a TEDx speaker on the persistence needed to bring dreams to life.

I am also genuinely inspired by people who quietly and effectively play their part in the most challenging transition of our times: the move to a zero carbon economy.

It’s very easy to point to specific individuals, for example, Professor David MacKay, a former mentor of ours when he was chief scientist at DECC, in addition to his role at Cambridge University. He was a visionary and always made time for everyone, but without the many people following behind, his vision could never have come to pass. I pay homage to all these people – they inspire me.”